News in the CICS archives 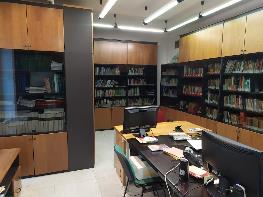 Throughout its history, the ICCS has produced numerous documents related to its activities. The management of these archives has long been a thorny issue for the Conference’s leaders. They were temporarily dispersed between the Catholic University of Louvain in Belgium, a monastery in Bologna and the ICCS headquarters in the AGESCI offices in Rome, Italy. For reasons of construction, the monastery in Bologna asked ICCS to remove the archives. Therefore, the World Committee accepted in 2019 the proposal made by Matteo Spanò, current World Treasurer to entrust all the documents to the Documentation Center of AGESCI (Association Guides and Scouts Catholic of Italy), where also its headquarters. The Italian Scout Association is thus generously offering ICCS a place for its archives as well as the expertise of its staff.

The archives, which were divided between Bologna (Italy) and Leuven (Belgium), have been moved to Rome, near the documentation center of AGESCI, close to the ICCS headquarters. The documents are now ready to be processed and inventoried. MEMORIA Archive Services will proceed to a digital archiving, as it did for the AGESCI archives, starting from the oldest documents to the most recent years. Later, the archivists will contact the archives of WOSM in Geneva, those of European scouting associations (Scouts et Guides de France, DPSG in Germany, MSC in Spain) and the Sisters of the Holy Cross of Jerusalem in France to collect more material in order to offer a complete collection of historical documents.