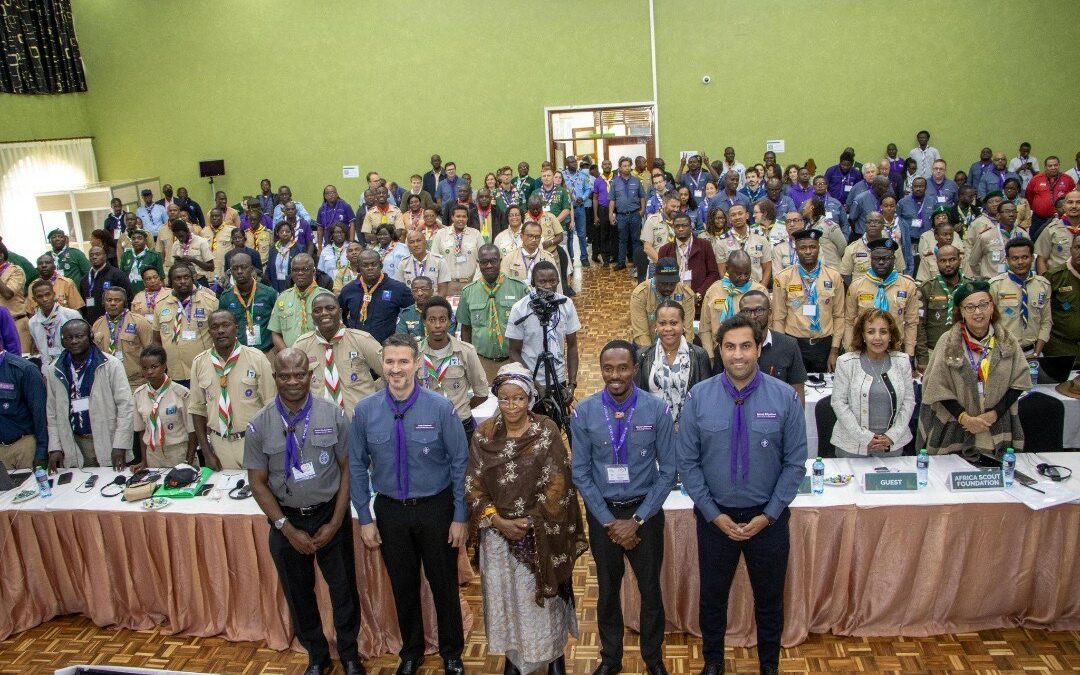 The theme of the 18th African Conference of scouting took place in Nairobi, Kenya from the 25th to the 28th of August 2022 at the KCB Leadership centre. There were 39 NSO represented with more than 200 leaders from the African Region of Scouting and further afield.

The ICCS, International Catholic Conference of Scouting was represented by his General Secretary Marcel Blaguet Ledjou, who is also the former chair of the African Committee of Scouting.

The Council pour the Protestants in Guiding and Scouting was represented by their interim chairman, Charles-Olivier Yapi.

The participants met to take key decisions on the future orientation of the Scout Movement in Africa, to establish a network with partner organisations and share their experiences

In the context of the world pandemic of COVID-19, the conference was one of the major events held in person in the African region allowing to re-mobilise the commitment of its members and reinforce the links of friendships and brotherhood. During the four days of work, the delegates presented a retrospective of the achievements over the 2018-2021 triennial, and on the manner scouting keeps being a positive force for the well-being in Africa giving the young people the abilities they need to serve their communities and reach their full potential.

It was an opportunity for the delegations to discuss and work on the adoption of the projects of resolutions and suggested constitutional amendments. The very enriching sessions were filled with panels, market of the services of WOSM, the learning of the development of the next strategy for Scouting and the in-depth examination of the project of Regional Triennial Plan 2022-2025.

Among the 10 candidates, the delegated elected 4 new voting members at the African Committee of Scouting to serve during the next Triennial 2022-2025:

* the 19th African Conference of Scouting and the 10th Youth Forum of African Scouting in 2025 will be hosted the Firaisan’ny Skotisma eto Madagasikara.

Election by its members of the new Bureau of the Africa Scout Foundation 2022-2027: 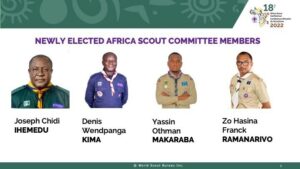