As an international association of believers, the International Catholic Conference of Scouting is a private juridical person according to canons 298-311 and 321-329 of the Canon Law of the Catholic Church.

The ICCS is in contact with the Dicastery for the Laity, Family and Life for any pastoral issues, and to participate in the workings of international organisations.

Guaranteeing Communication between the Catholic Church and WOSM

On an international level, the ICCS is the representative organisation which ensures the institutional link between the World Organisation of the Scout Movement (WOSM) and the Catholic Church.

The ICCS invites its members to promote among its children and young people any event carried out by the Church community which hosts them (parishes, schools, dioceses, episcopal conferences, continental conferences, the Vatican). It shares the invitations to local, regional or world gatherings of young Catholics, especially the World Youth Days, and to the Church’s campaigns. The ICCS asks Scouts to implement the diocese pastoral letters, the papal encyclicals, especially Laudato Si’ and Fratelli Tutti, in which Scouting sees itself fully represented.

Supporting the Link between Scout Associations and the Local Church

The ICCS is asked to provide advice and help in difficult situations, such as a lack of links between the associations (or Catholic committees) and the local church, or difficulties when collaborating within an open association between the national HQ and the Catholic committee. The ICCS does not have the power to take a side or take part in the decision-making process of the associaitons. Instead, it get in touch with the mamber associations to develop musual assistance, to develop faith education programmes, to train spiritual counsellors and chaplains, etc… . 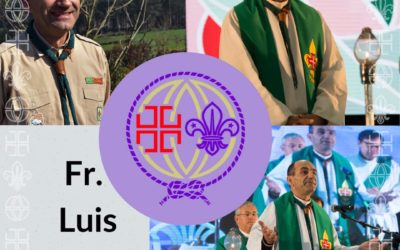 « I feel a great joy that I am to serve Scouting at an international level, and make a specific contribution as a priest of the Catholic Church. It is, therefore, a pastoral mission that the Church entrusts to me with. It especially underlines the confidence of the...

Published in 2015, the encyclical letter Laudato Si': On Care for Our Common Home is the first-ever papal encyclical devoted to the crisis of our planetary home. It is a call to the Church and "all people of good will" to urgently come together and respond to "the cry... 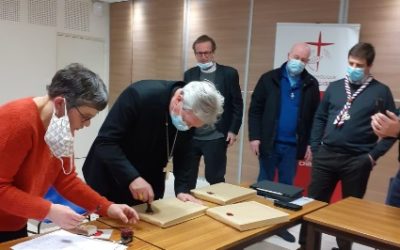 Is the cause of beatification of the Venerable Jacques Sevin progressing?

Investigation of the supposed miracle: The most difficult step towards beatification has already been taken. The heroism of the virtues was proclaimed on January 10, 2012. Instead of saying: Father Jacques Sevin, we now say: Venerable Jacques Sevin! We are now at the... 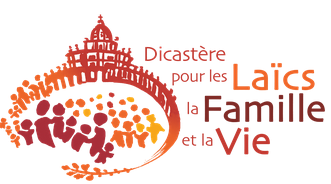 On October 15, a webinar meeting was held organized by the Dicastery for the Laity, Family and Life. Rui Teixeira, from Portugal and member of the ICCS E-M Committee participated in this webinar as well as Father Jacques. The Dicastery has created a new social network...

The mission of the Christian and the scout leader

Saint George (born 275/280 – 23 April 303) is a 4th century martyr who lived in Lydda (nowadays Lod, in Israel). He is usually represented as a knight slaying a dragon, making him an allegory for the victory of the Christian faith over the devil, or more generally of good over evil.

Saint George is celebrated on 23 April or 3 November (day of the transfer of the relics and consecration of the Church in Lydda in the 4th century), and 32 November in Georgia.

Francis of Assisi (1182 – 3 October 1226) was born in Assisi (Italy). After a privileged childhood, Francis discovers in the Gospel a meaning for his life. He gives up all riches and founds the Order of Friers Minor (OFM). Francis celebrates creation by living in harmony with everyone and respecting everyone. He was canonised in 1228 by pope Gregory IX and John Paul II made him the patron Saint of ecology. Francis of Assisi is considered the forerunner of interreligious dialogue.

Saint Francis is the patron saint of Italy, of animals, of ecology and of cub scouts.

Saint Francis is celebrated on 4 October in the Catholic liturgical calendar.