From the earliest days of Scouting, at the first world jamboree in 1920 in London, Fr Jacques Sevin for France, Jean Corbisier for Belgium and Count Mario di Carpegna for Italy, proposed creating an international structure for Catholic Scouts – the International Office of Catholic Scouting (IOSC).

In 1922 the IOCS was officially recognised as representing Catholic Scouts. The first members of this organisation, whose rules had just been approved by Pope Benedict XV, were Argentina, Austria, Belgium, Chile, Ecuador, France, Italy, Luxembourg, Poland, Spain and Hungary.

The Second World War put an end to the IOCS’s activities. When peace returned, Catholic Scout associations got back in touch with each other and regular conferences restarted in 1948

The ICSC’s charter was reviewed in 1977 to incorporate the teaching of Vatican II. The ICSC became the ICCS – the International Catholic Conference of Scouting. Since 2016 it has come under the sole jurisdiction of the Dicastery for the Laity the Family and Life.

The ICCS statutes were reviewed in 2017 and approved by the Dicastery for the Laity the Family and Life in February 2018 and by WOSM in November 2018.

The Vatican approved the statutes of the ICSC that had replaced the IOSC.

The ICSC became the ICCS 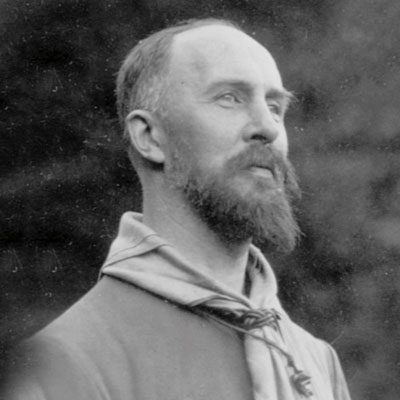 Jacques Sevin was a Jesuit priest, born in Lille on 7 December 1882. In 1920 he helped found the Scouts de France as a Catholic Scout association. At his initiative, the Scouts de France, with the Belgians and Italians founded the International Office Catholic Scouts in 1922. He died on 19 July 1951 at the Priory of Boran-sur-Oise, the house of the Sisters of the Holy Cross of Jerusalem. This is a religious, contemplative and missionary congregation working for young people that he founded with Mother Jacqueline Brière. Jacques Sevin was declared venerable on 10 May 2012. A book in French, “L’Itinérant de la Tente et de la Croix”, gives more detail on his life.