Is the cause of beatification of the Venerable Jacques Sevin progressing? 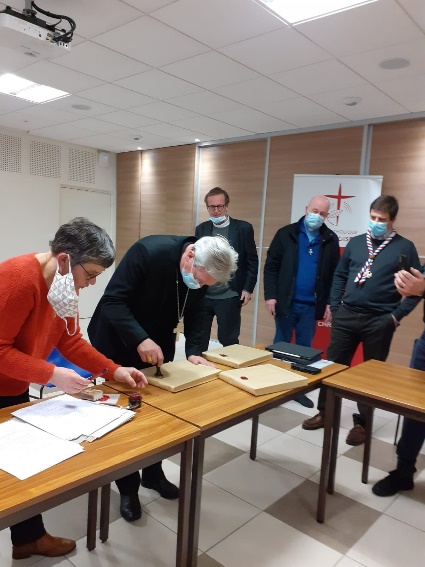 Investigation of the supposed miracle:

The most difficult step towards beatification has already been taken. The heroism of the virtues was proclaimed on January 10, 2012. Instead of saying: Father Jacques Sevin, we now say: Venerable Jacques Sevin!

We are now at the second step: the recognition of a miracle.

On Friday, January 8, 2021, Bishop Jacques Benoît-Gonnin closed the investigation into a cure attributed to the intercession of the Venerable Jacques Sevin at the bishopric of Beauvais (France). On January 13, the case was filed with the Vatican. The new President of the Congregation for the Causes of Saints, Cardinal Marcello Semeraro, who is close to Pope Francis, spoke with Mother Marie-Pierre, Superior of the Sisters of the Holy Cross of Jerusalem, and two of her sisters, as well as with our World Chaplain, Father Jacques Gagey, the postulator of the cause, about Jacques Sevin, what he did, and what he represents today for scouting.

The conclusion of the investigation is not expected for another two years.